New Leader of the Opposition

As it became known to the telegram channel of the Cheka-OGPU, the Main Directorate of the Main Directorate of the Ministry of Internal Affairs for Moscow completed the investigation of the case against three members of the team of Police Ombudsman Vladimir Vorontsov — Irina Andina, Evgeny Moiseev and Fedorov Vasily. In the near future, TM will be charged with the final version.


In relation to Vorontsov’s associates, a case was concocted under Article 306 of the Criminal Code of the Russian Federation (false denunciation).


Previously, they created the film "Save the Police Ombudsman", about how the case against Vladimir Vorontsov was fabricated. In particular, Svetlana (real name Irina Andina), sent by Vorontsov’s friends, agreed to become the victim. She pretended that she was ready to cooperate with the CSS of the Ministry of Internal Affairs of the Russian Federation. In exchange for reinstatement in her job in the police, she was offered to give false evidence that Vorontsov, as if he had extorted money from her.


In the trial of Vorontsov, this episode, like many others, fell apart.


Project participant Police Ombudsman Yevgeny Moiseev has prepared a new Appeal to everyone who supports the Police Ombudsman team persecuted for the truth. The appeal was transferred to Rucriminal.info and the telegram channel of the Cheka-OGPU, which we publish:


It was one of the funniest days of my life. Living in strict isolation from society.

The second month of my detention in SIZO-4 "Medved" was coming to an end. Pathfinders from the Main Investigation Department of Moscow considered that the period of my arrest should be extended for another two months. And for this you need some reason. Moreover, the reasons for this must be weighty, substantial.


They brought me, that means, to this court and placed me in cell No. 152 with a guy named Komrad. He himself is a second-timer, that is, he had previously served a sentence for robbery. "Drove" for robbery for the second time. And this means that the Ministry of Internal Affairs of Russia will now pay me compensation, because the joint detention of “first-passers” and “second-passers” is prohibited by the Detention Law. Of course, I will send this compensation to charity, but now let’s return to the Tverskoy Court.


So, I am sitting in the same cell with Komrad. He does not admit guilt at all. He is accused of robbery committed on the 18th of a certain month. But the thing is that on the 17th of the same month and even of the same year he broke his leg and was lying at home, so he simply could not commit robbery. And there is even objective evidence of this — medical documents that are in the hospital where he went. But he cannot bring them to court, because. sits in jail. And the investigation and the court stupidly refuse to send him a request to the hospital, citing the fact that "the state of his health is not related to the criminal case" #rukalitso


And what do you think, who is this "smart" considering this case? Who, with such a "brilliant" wording, refuses to demand evidence of Komrad’s simply ironclad alibi? Of course, Judge Zatomskaya, the same one who sent me into custody on July 30, 2022, arguing that I was allegedly afraid of criminal punishment. It’s like it’s already assigned to me. That’s all you need to know about Moscow justice. But someone calls the judge Zatomskaya "your honor." What the hell is honor? No honor, no dignity, no conscience, no mind, no fantasy!


No, purely theoretically, Comrad, of course, can invite a notary to the pre-trial detention center, issue a power of attorney for his representative with the authority to receive documents constituting a medical secret, this representative will send a request, to which the hospital will respond before the carrot spell, receive the documents and, through a lawyer, submit to court. But the same thing can be done with a single referee request and this simple issue can be resolved in a matter of days. In addition, the obligation to verify the alibi of the accused by law does not lie with him. I don’t think there’s anything more to discuss here.


Then the time came for me to appear before Moscow justice on the issue of my further detention.


I was immediately put in handcuffs, for some reason they fastened my hands behind my back. (They say that only decent prisoners are handcuffed behind their backs). The head of the convoy came out to my indignation and explained to me that he had some special order for me, that I should be chained in this way — hands behind my back. What an honor! Well, oh well, let’s deal with the Ministry of Internal Affairs in another court on this issue as well. Add. compensation won’t hurt me. Or rather, not to me, but to those to whom I will send it later as part of charity.


They took me, then, into the hall. Everyone is sitting. I stand, showing everyone my new T-shirt with the image of Themis, which is pulled off the pedestal with ropes. I think it’s very symbolic. As soon as the judge enters the hall, everyone stands up, I sit down. Judge Panova K.K. in bewilderment, the prosecutor rounds her eyes, the tracker nervously looks at the papers, like he is reading carefully.


Panova tells me to get up, explains that I must respect the court.


I, in turn, explain in a calm tone that all this parody of justice has nothing to do with either the court or the law.


I call to Judge Panova that... the decision to keep me in custody has long been made for her, and she has been assigned only the shameful role of only voicing this decision and putting it on paper. I say that .... the prosecutor and the tracker ... are assigned an equally shameful role — ... to nod. That’s exactly what I’m saying, that’s exactly what I’m saying. You should have seen their eyes when I said all this. It’s worth it. Although I told the absolute truth. I don’t understand why they were so surprised by the truth. Why are they afraid of her?


Judge Panova, perplexed, tries to continue the process, tries to establish my identity, asks me to give my full name, date and place of birth, place of residence, work.


I explain to her that it is unlikely that the escort brought the wrong Evgeny Viktorovich Moiseev to the courtroom and that this idea of​​\u200b\u200bidentification looks very .... (strange-Ed) on her part. Yes, regulations are regulations, but I don’t care, because this whole circus has nothing to do with regulations.


Of course, Panova does not know how to act correctly, so she gives the floor to the tracker ... so that he says something about the event that has begun.


The Pathfinder gets up in dismay and begins to read the prepared text.


And then new circumstances from my biography begin to emerge, which I did not even suspect.


As follows from the reports submitted by the leadership of the CSS, it turns out that, under the plausible provision of legal services, I am conducting subversive oppositional activities directed against the authorities in the Russian Federation and, in fact, I am the new leader of the opposition #rukalitso


Of course, these reports are absolutely not supported by anything, they are written contrary to the Law “On the Investigative Activities” and Article 89 of the Code of Criminal Procedure of the Russian Federation, and the information contained in them has nothing to do with reality, but, apparently, they are so bad with evidence that they couldn’t think of anything else. It’s not that they can’t find evidence. They probably already found them, but this evidence directly indicates that they themselves should be placed in the pre-trial detention center, and we should be released and paid all the due compensation.


For some reason, I suddenly remembered the former deputy general of the Internal Affairs Directorate of the Penza Region, Zakizhan Kayumovich Kuryaev. He, when he was sorting out the next “flight” of his subordinates at the planning meetings, always yelled at them, using the catchphrase: “Morons, fuck!”


And this very phrase came to my mind as soon as the tracker read out the report of the head of the CSS that I was the new leader of the opposition in the country. And for some reason I remembered this phrase aloud, for which I received another remark from Judge Panova ....


That is, I have served this state for most of my conscious life, all my close relatives have served, after I retired "in civilian life", I still continue to work in the interests of the Russian Federation, representing it, among other things, in the Supreme Court on the basis of a state contract, and here — on you — the oppositionist! Hmm... In vain, like, I strictly forbade Vasya Fedorov and Irina Andina to even think about politics, about everything connected with it. In vain I once refused the deputy mandate. Now it wouldn’t hurt. Although, why be surprised: the criminals put absolutely law-abiding people who are not indifferent to someone else’s misfortune in prison, and the prosecutor’s office and the court still help these criminals with all their might! In general, "chanterelles took matches, went to the blue sea, lit the blue sea" ...


In short, it remains for me now only to turn to one well-known person in Russia, whose name is dangerously pronounced aloud:


-Aleksey Anatolyevich, if you are reading this, then know that now I am the new leader of the opposition in this country! And you — wind your “fifteen” further, you understand the adit? 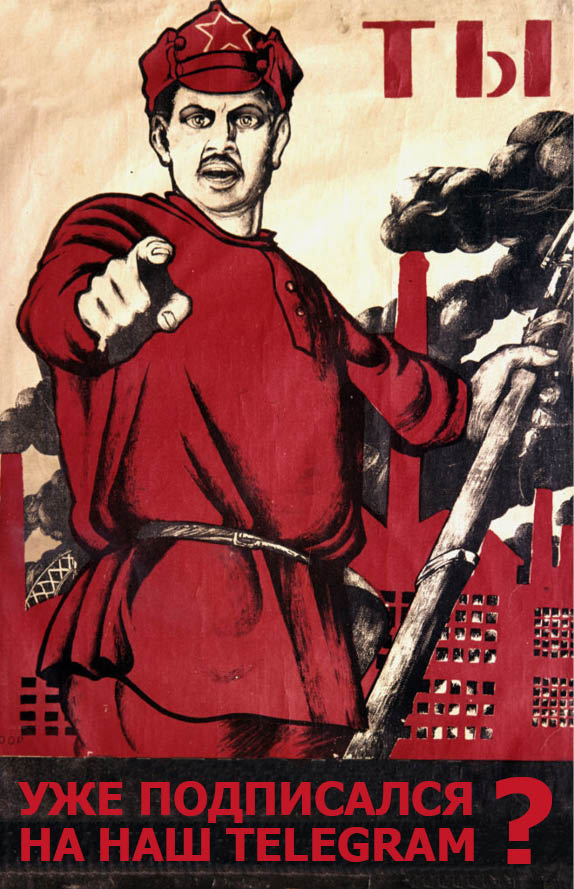